Recent press reports have suggested [wrongly] that the millions of Zimbabweans holding metal identity cards will not be allowed to register as voters during the forthcoming Biometric Voter Registration (BVR) exercise to be conducted by the Zimbabwe Electoral Commission [ZEC].

ZEC has today set the record straight in a press statement by ZEC chairperson Justice Rita Makarau, published in all major newspapers. The official ZEC press statement is as follows:- 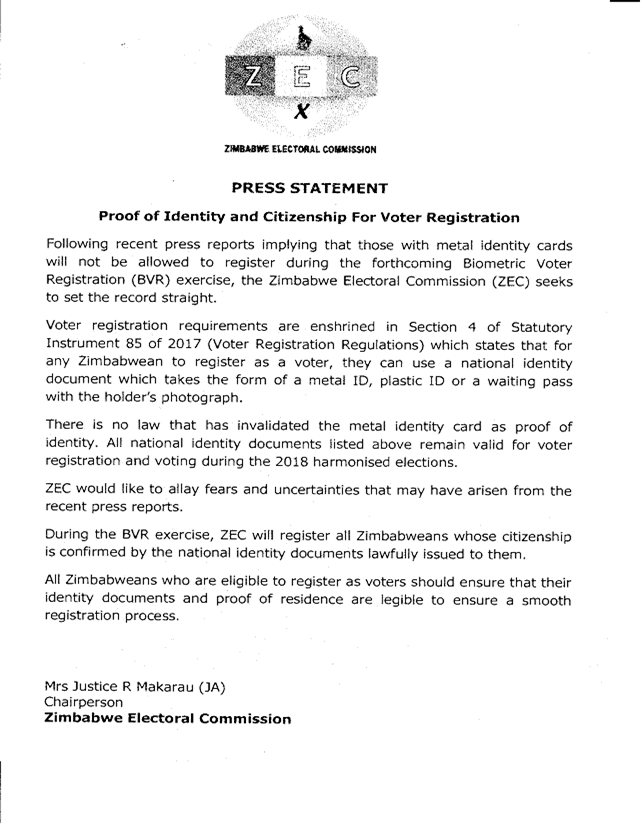 And just as a reminder – in Election Watch 7/2017 of 4th August we warned that would-be voters who have IDs labelled “ALIEN” must exchange them for ID’s labelled “CIT”. Please see the official ZEC press release on this subject below.

The Registrar-General’s countrywide exercise to issue birth certificates and IDs starting on Monday 4th September and running for three months would be a good opportunity to achieve this. 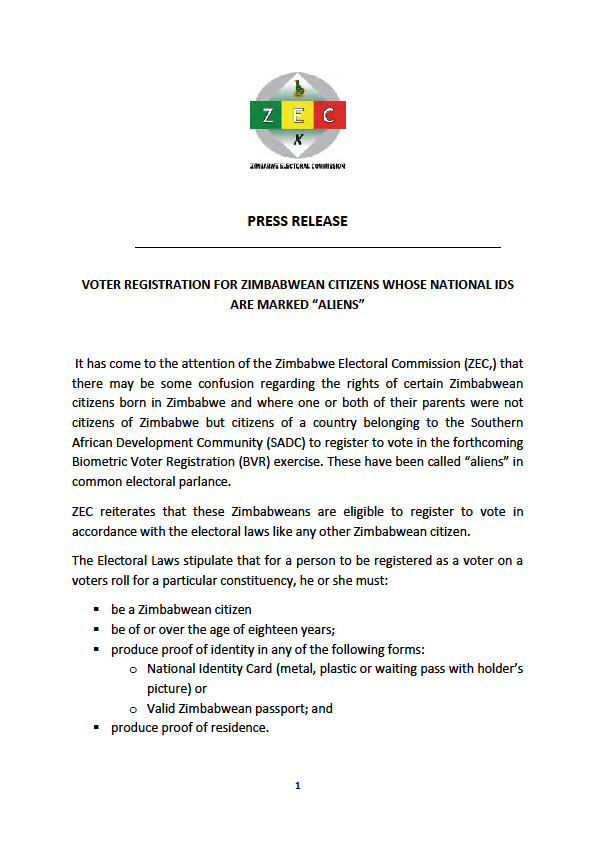