Mugabe must go: Thousands in Zimbabwe rally against leader 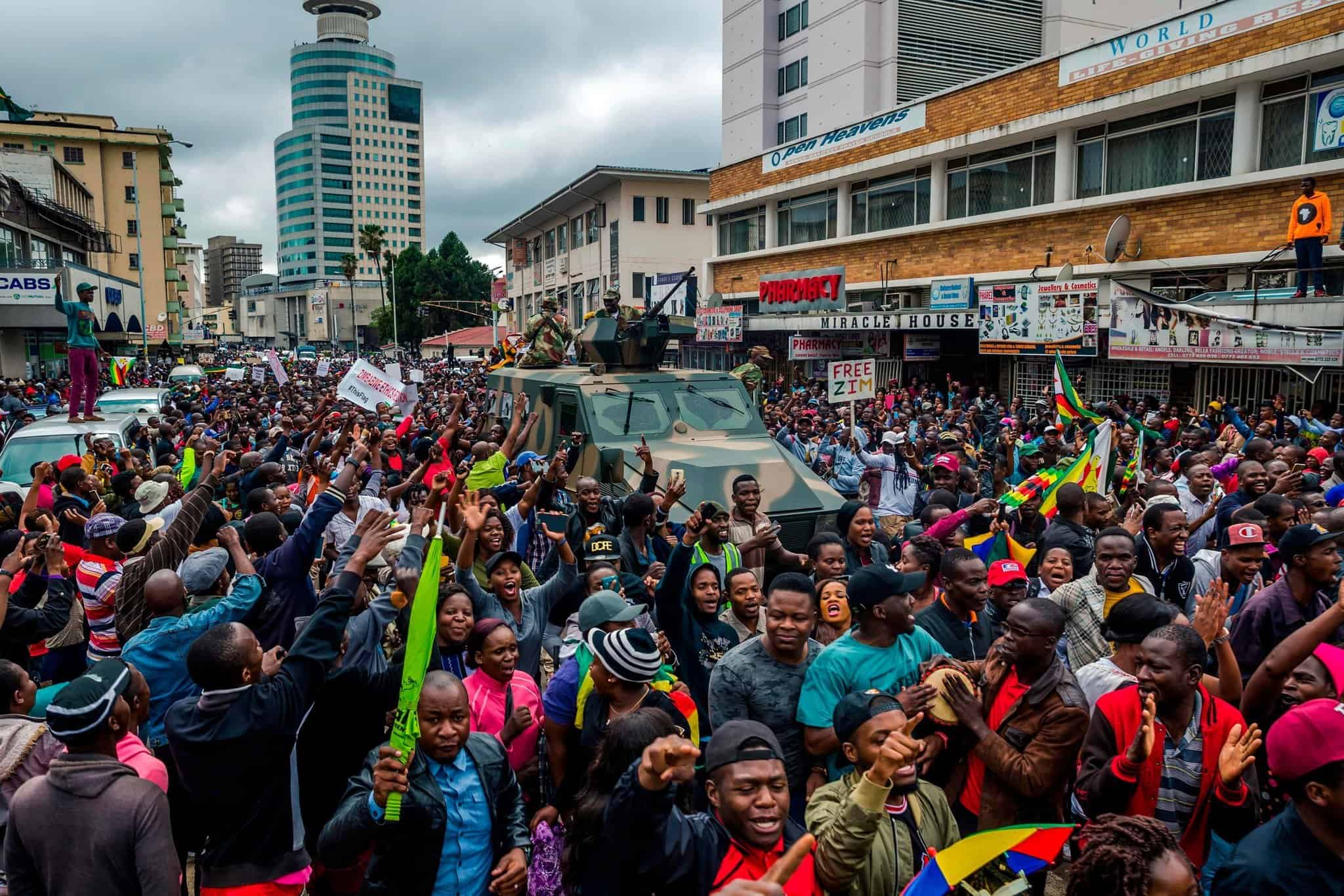 Tens of thousands of Zimbabweans gathered in the capital on Saturday, hooting, whistling and hugging soldiers as they called for President Robert Mugabe to give up power, days after the military placed him under house arrest.

In scenes perhaps unthinkable only weeks ago, people marched side by side with members of the military — who rode in armed tanks — and the protesters hailed the army as setting them free from Mr. Mugabe’s 37-year autocratic rule.

“Mugabe must go, and his goons must leave. We have been victimized by Mugabe for too long,” said Nigel Mukwena, a 24-year-old student of political science at the University of Zimbabwe.

Others took selfies of the military at the rally, which converged on Zimbabwe Grounds, known as the site of addresses by Mr. Mugabe and other icons of the nation’s liberation. The scenes, and the celebratory air, were a seminal shift for the country’s 93-year-old leader — Africa’s oldest.

Brezhnev Malaba, assistant editor of The Zimbabwe Independent newspaper, tweeted in the early hours of the march: “There are decades in which nothing happens; and then, suddenly, there are days in which whole decades happen. Zimbabwe is at that moment. Astonishing scenes here in Harare.”

For some Africans, Mr. Mugabe remains a nationalist hero, a symbol of the struggle to throw off the legacy of colonial rule. But he was also reviled as a dictator who resorted to violence to retain power and ran a once-robust economy into the ground.

The military placed Mr. Mugabe under house arrest on Wednesday, effectively ending his long rule, but it allowed him to appear in public on Friday for a university graduation. The military sought to cast the action as an attempt to rid the president of the “criminals” in his government who have inflicted economic damage on the country.

The president’s wife, Grace Mugabe, has not been seen in public since Wednesday. Her recent aspirations to succeed her husband — and her and their sons’ lavish lifestyles — appear to have been a trigger for his downfall.

On Friday evening, a majority of the leaders of Mr. Mugabe’s governing ZANU-PF party, which he had controlled with an iron grip since independence in 1980, recommended his expulsion, according to ZBC, the state broadcaster.

“Many of us had watched with pain as the party and government were being reduced to the personal property of a few infiltrators with traitorous histories and questionable commitment to the people of Zimbabwe,” the party leaders said in a resolution. “Clearly, the country was going down the wrong path.”

A nephew of Mr. Mugabe’s, Patrick Zhuwao, told Reuters on Saturday that the president and his wife were “ready to die for what is correct” and had no intention of stepping down. Speaking from South Africa, Mr. Zhuwao was quoted as saying that Mr. Mugabe had hardly slept since the military seized power, but that his health was otherwise “good.”

On Saturday morning, Zimbabweans — some chanting, “Enough is enough!” and carrying signs emblazoned with “Mugabe must go” — marched alongside soldiers in tanks mounted with machine guns.

For many Zimbabweans, the atmosphere was electric and filled with hope. Marchers swarmed to the grounds, and drivers honked their horns. At one point, military aircraft streaked above the crowds. Later, demonstrators marched toward Mr. Mugabe’s residence in the exclusive Borrowdale suburb of Harare, where he was believed to be held in military custody.

“Soldiers are being feted as heroes on the streets of Harare,” Mr. Malaba, the editor, said on Twitter. “Euphoric scenes. People are standing next to army tanks and taking selfies. I’ve seen chaps excitedly polishing soldiers’ boots in a gesture of gratitude. This is unprecedented. Historic!”

Benita Mudondo, 57, came to the rally from the Nyanga District, more than 180 miles to the east, near the border with Mozambique. “Surely Zimbabwe, our country, is back — the one country we fought for,” she said. “We had given up, but had become worried about the future of our children and grandchildren.”

Her husband, Ernst Mudondo, 67, a war veteran, said, “Our joy only starts today, and we are so happy.”

Their daughter, Michelle Mudondo, 17, added: “We want to see our country on a path back to recovery; I look forward to a stable government with a stable economy without shortages of cash.”

Economic opportunity was cited by others. “I am here because I want a job, and Mugabe couldn’t deliver,” said Simbarashe Sakuona, 23, who said he had a degree in marketing from Midlands State University. “We were witnessing a bedroom coup as Grace now called the shots. Grace can’t be a leader.”

The prospect that the end of Mr. Mugabe’s era could unleash a crisis on the African continent spurred the South African president, Jacob Zuma, to send envoys to try to defuse the situation.

Mr. Zuma said on Saturday that his country was committed to supporting “the people of Zimbabwe,” according to Reuters. He added that he was cautiously optimistic that the situation could be resolved amicably.

Now, Emmerson Mnangagwa, 75, the vice president of Zimbabwe until he was fired recently, is in line to become the country’s new leader. Observers say he shares some of Mr. Mugabe’s traits, including a hunger for power and a taste for repression. His nickname: the “crocodile.”

He dropped out of school to learn robotics. Now he…
© 2023 Kubatana | Website designed by Gareth Wynn Design